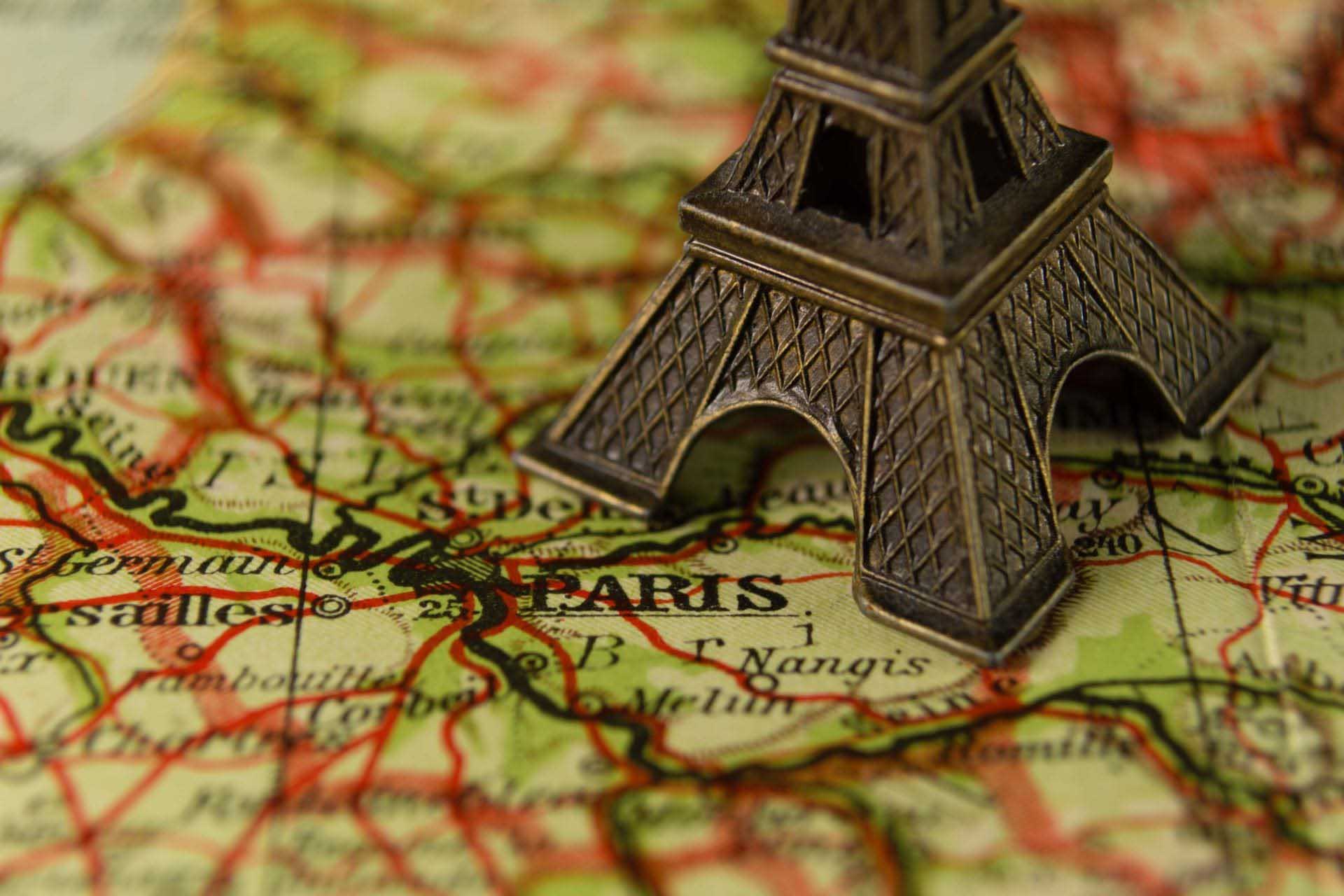 A Valentine Story: An American in Paris

We’ve been so happy about Madison King’s active and generous participation in our RIFF Facebook group, sharing an array of observations and always appreciative of the viewpoints offered by our contributors, members, and readers. Our Director /  Editor had been watching Madison’s individual FB posts for months: lovely photographs from cycling Parisian streets during the Pandemic, culinary surprises of apple tartes and fancy cocktails, profound literary quotes from Belles Lettres, warm-glow family dinners and snuggles from his two daughters, and colorized portraits of Audrey Hepburn and Grace Kelly.


With nothing planned this year for Valentine’s Day under our “Theme Park” category, we realized it might make sense to invite a member, who may or may not be a writer, to share a personal love story!

And then it became obvious–what could be more romantic than an American who zig zags his way into the arms of his greatest love –in Paris?!

In a very short time, Madison King was kind enough to accommodate our request with this Valentine’s Day piece from his own life. Thank you!

He began by sending us this quote from Plato,“At the touch of love everyone becomes a poet.”

What follows comes directly from the varied and adventurous life of Madison King. 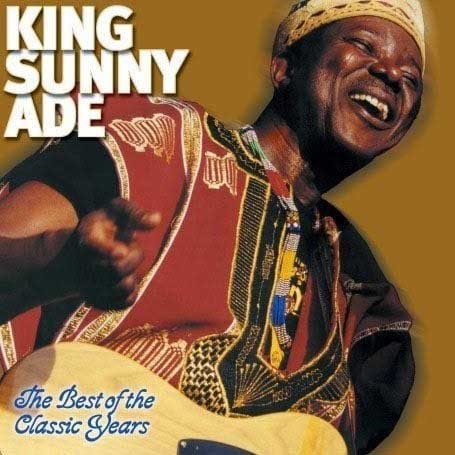 In the early 90s when I signed a management contract with African Music Superstar, King Sunny Ade, I never imagined one day we would be heading off on a whirlwind, world-wide tour. When we visited Paris in 1996, they played at a cozy Paris club called “The New Morning.”

A few years earlier I was living in Seattle where I had created the first International Children’s Festival, under the direction of Craig Chastain and Ewin Dingwall. The idea was to go around the world and find suitable entertainment for children, bring them back to the Seattle Center, and produce a massive event on the grounds by constructing huge tents, each one specializing in entertainment from a particular continent.

To make the event beneficial to the community, I came up with a passport program. Each child would will receive a passport upon entry onto the grounds that would need to be stamped in all five tents before qualifying for a free medical examination and healthcare treatment in a special tent arranged with the Red Cross the show. The event turned out to be a huge success and gave me a sharp appetite for international music and event management.

I started working with Terry Morgan at Modern Enterprises, a Seattle-based music entertainment / music management firm.  We were associated with the Bumbershoot Music Festival and produced a performance by King Sunny Ade in the African Beats from Nigeria. 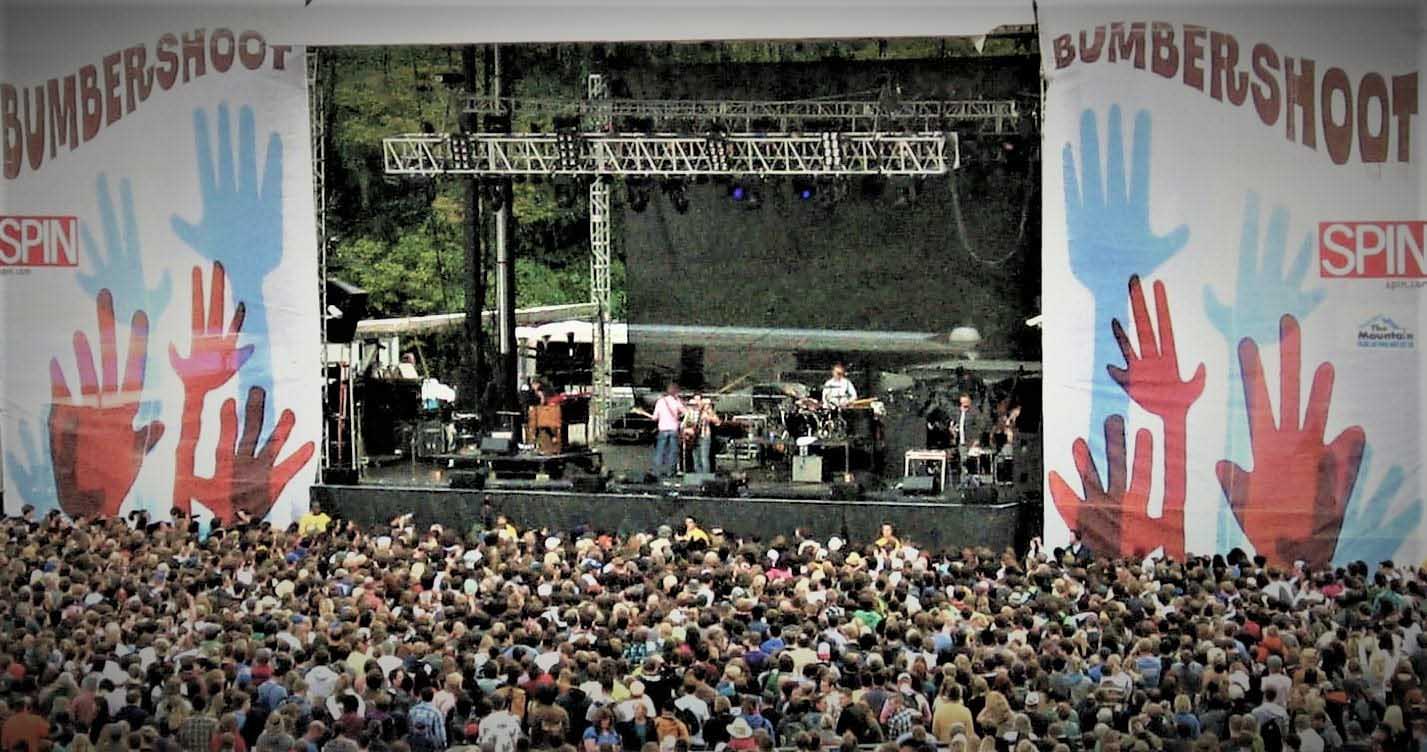 At the time, I was unfamiliar with African music; however when I heard these exotic, melodious notes, I became hypnotized, closed my eyes, and started dancing in a trance across the floor for several hours. It was my very first transcendental live music experience.

After the show I went backstage and effusively greeted King Sunny Ade and thanked him for giving me the unforgettably satisfying musical experience of a lifetime. I also told him that if he ever wanted to work with me, I’d be more than willing to work with him.

Five years later, though, I was managing the “I Love Juicy” vegetarian restaurant in Hollywood. One day friends attending Harvard Law School visited, and they asked me if I planned to spend the rest of my life selling supernatural vegetarian quiche and fruit juice smoothies. The question started me thinking, and I remembered a friend in the advertising had expressed interest in starting a Music Management firm in L.A.

“It was my very first transcendental live music experience.”

The year I decided to join him, Gabriel Leconte, John Switzer, and I opened the Atomic Group, located in a building owned by Doors’ Keyboardist Ray Manzarek and neighbors with Miles Copeland, who was then managing Sting.  A short while later, I received a surprise call from King Sunny Ade himself. He said if I would fly to Nigeria and meet with him, with suitable arrangements, he would sign a contract with our agency, which we did. For a few years we toured, when fate intervened.

My partner Gabriel had friends in the industry, and once when we returned to Hollywood, we got The Deal. The Bravo Television Network was going to underwrite a massive tour of 83 concerts in 97 days, in 13 countries, and I was to manage the tour, then bring the band back to Hollywood and produce an hour-long concert video: King Sunny Ade at the Hollywood Palace. (Learn more about King Sunny Ade here.)

Managing the tour meant securing visas for 30 Nigerians in each country before we arrived, which was perhaps the most byzantine, logistical nightmare I’ve ever experienced–but I wouldn’t change it for the world. 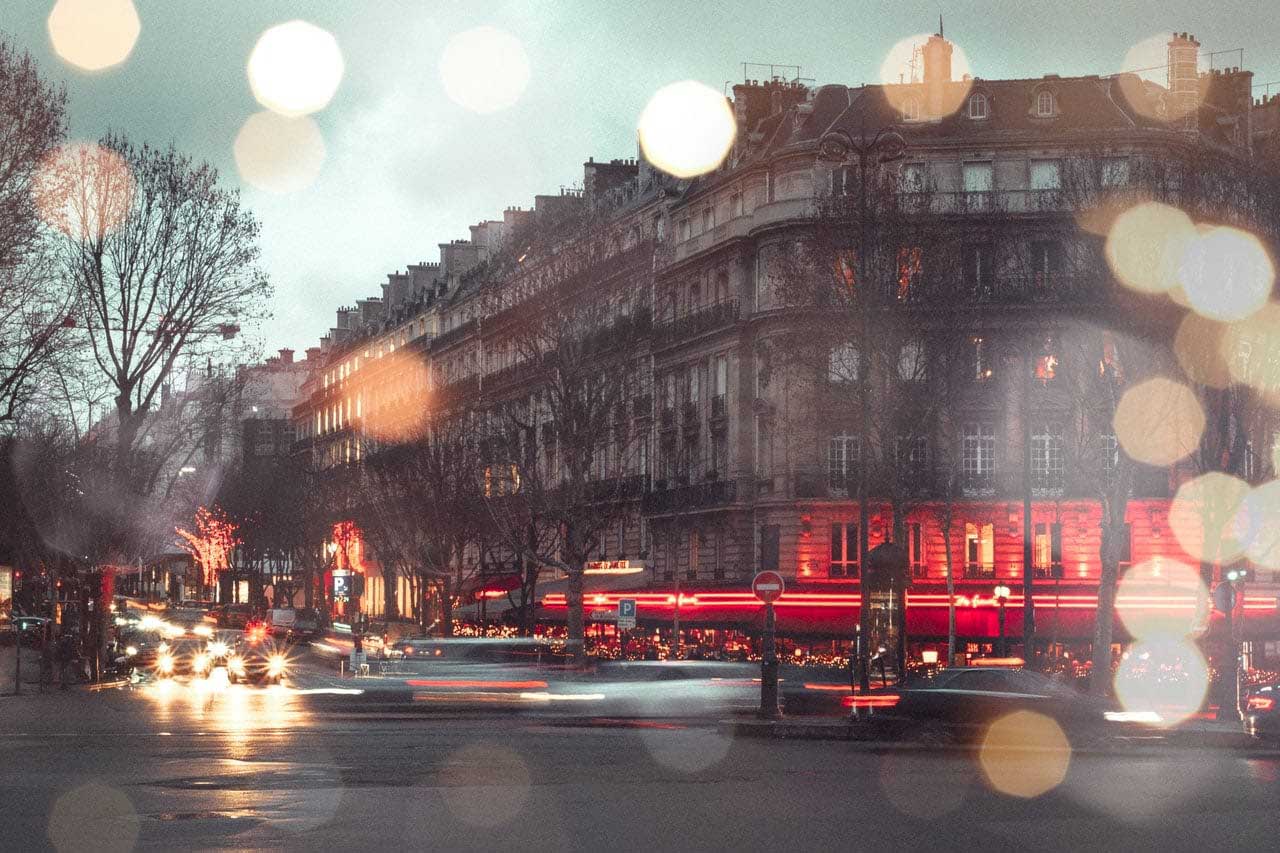 The morning we arrived in Paris, it was dreadfully cold and raining. I went to the venue, a famous Paris nightspot called, “The New Morning,” to set up sound check. The place was quaint and cozy, which meant the performance stage was the size of a postage stamp. I had 30 African musicians with musical instruments, performers, and dancers.

Then came a master stroke of inspiration: set the band up on the dance floor and put the audience on the stage! The show turned out to be a phenomenal success. I couldn’t believe how much fun everyone had and was also glad that I had made a cassette recording of the show.

With the show finished I went to get some air. Outside, I gingerly approached two young ladies asking if I might borrow a pen. One of them, who spoke English, asked why I needed a pen. I explained that I was the band manager, we were leaving for Copenhagen at 4 am, and I wanted to write “Paris New Morning” on the cassette tape before I forgot. She was eminently nonplussed. She said skeptically, “If you’re the band manager, take us backstage.”

So, I did. The band brought out the champagne, and we had a bit of a party. The woman who couldn’t speak English was looking at me rather beguilingly, so I asked the one who did speak English questions about the one who didn’t.  She became quite noticeably upset, and announced she was leaving, saying something like she wasn’t a translator. The one who only spoke French, Nathalie, evidently told her to go ahead, leave, and she responded with, “But you drove.” Nathalie pulled out Fr.100, and said, “Taxi.”

I flash-backed to my six-year old self in Camden, New Jersey, watching my father shave. Fascinated, I’d asked him if he would teach me how. He laughed at me and said, “Here, put the shaving cream on your cheeks.” I did. “Take the handle off your toothbrush. Do like I do and scrape it off your face.”  I did that, too. 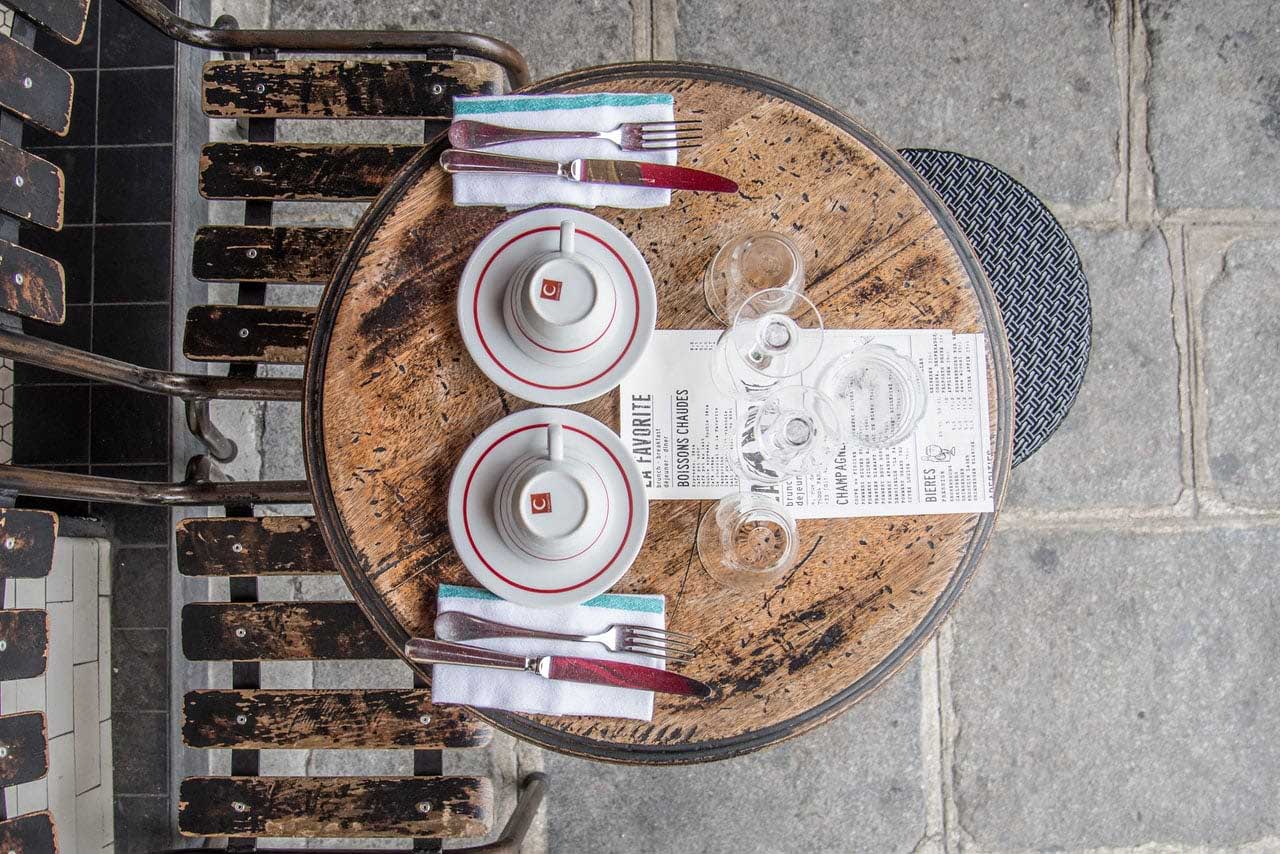 “Good job, son —now, come sit here and let me tell you something,” he said, pulling me up on his lap. “One day, when you meet your Mrs. KING, you’ll know. The first time you kiss her, her knees will tremble.” Clearly not understanding him, he laughed again, “Her knees will knock, knucklehead.” That I understood.

I never gave my father’s advice another thought until that moment when Nathalie’s knees knocked. When the party was over, and it was time to return to the hotel, I asked the club manager if he could explain to Nathalie that I had to go pack my bags. Would he also kindly ask her if she would like to have coffee with me afterwards?

When she said, “Yes,” I couldn’t believe my good fortune. As we walked up the steps to the hotel, I gently kissed her again, and, sure enough, her knees knocked again. Then I knew. I went to the front desk and asked the receptionist to translate that I would pack my bags quickly and wanted the young lady to wait for me in the lobby. They both looked at me like I was loony tunes, but I reasoned if this is HER, I can’t be stupid.

When I came back down, the bus had already arrived, and I kissed her a third time before heading off to Le Harvre to take a boat to Copenhagen.

The customs officer said that I would need to stay in Amsterdam while they returned to Nigeria. I would have to rent a cargo container to send these purchases by boat to Africa.

My travel agent agreed to extend my stay in Amsterdam for a few days. That night I found an expeditions officer, exchanged a few thousand dollars, and had the goods put into an insured container heading on a boat before sunrise. Remembering the young lady, Nathalie, I took a train from Amsterdam to Paris. 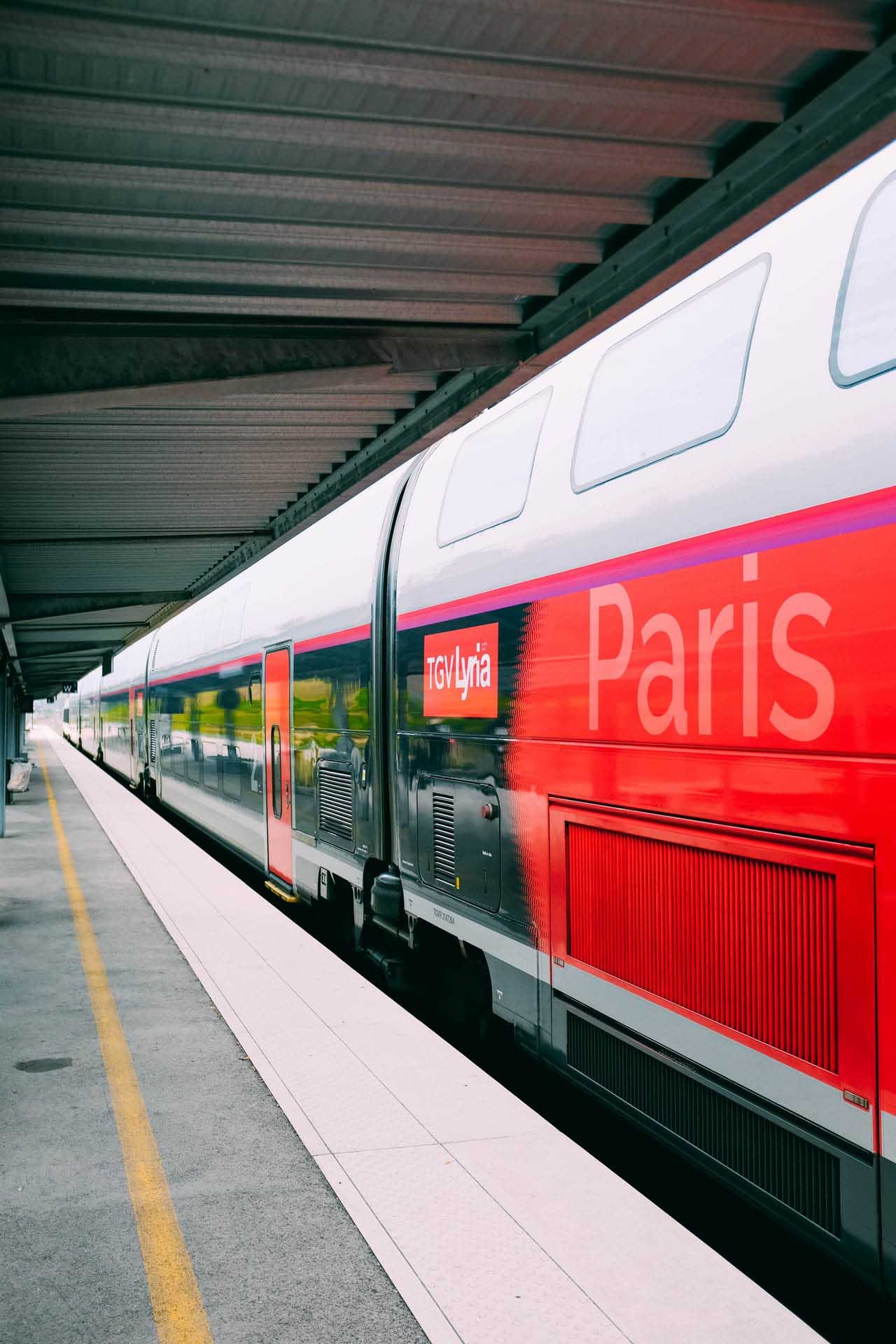 Unfortunately, after arriving, I realized I had lost her phone number. My first instinct was to go back to “The New Morning” and ask the manager if he might have it. He looked at me as if I were daft, and laughing out loud said he did remember her name, and using Minitel we could find her. We sat in his office, and he called Nathalie, saying, “You remember that American you met? He’s come back to Paris and wants to meet you for dinner tonight.”


That was perhaps the finest night of my life, and today Nathalie is my lovely wife of more than 21 years. 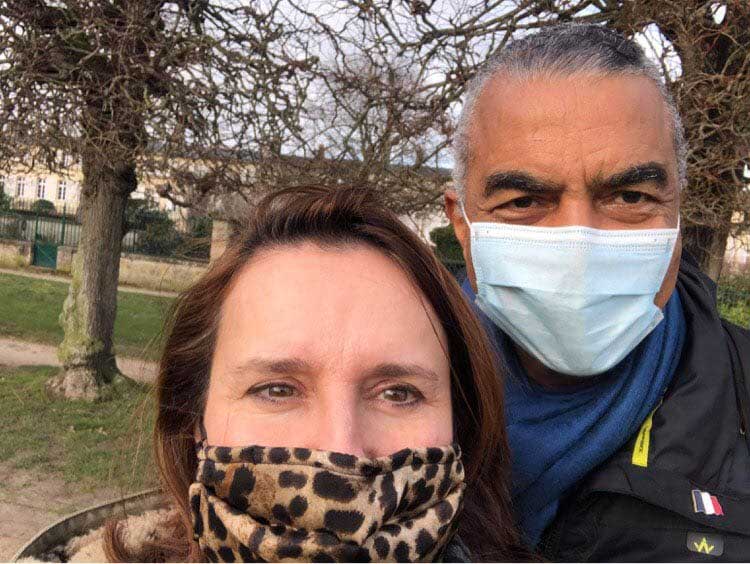 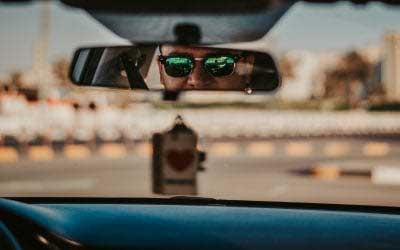 Las Vegas holds a special place in my heart, somewhere between skipping a...

END_OF_DOCUMENT_TOKEN_TO_BE_REPLACED 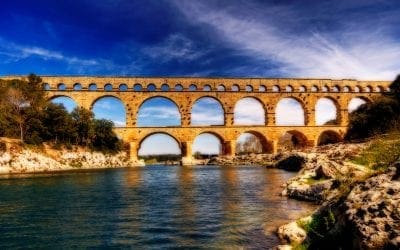 The resounding impact of my steps as I walk beneath these mighty arches...

END_OF_DOCUMENT_TOKEN_TO_BE_REPLACED 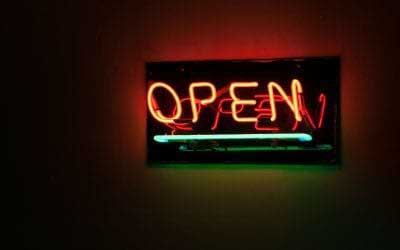 Ten things I should have figured out before now

1. There are no monuments to poetry editors. 2. Even if you’re not sure...

END_OF_DOCUMENT_TOKEN_TO_BE_REPLACED 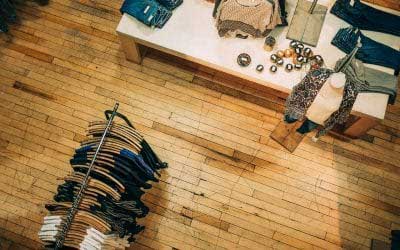 My first string of jobs in NYC was waitressing, from Flushing to...