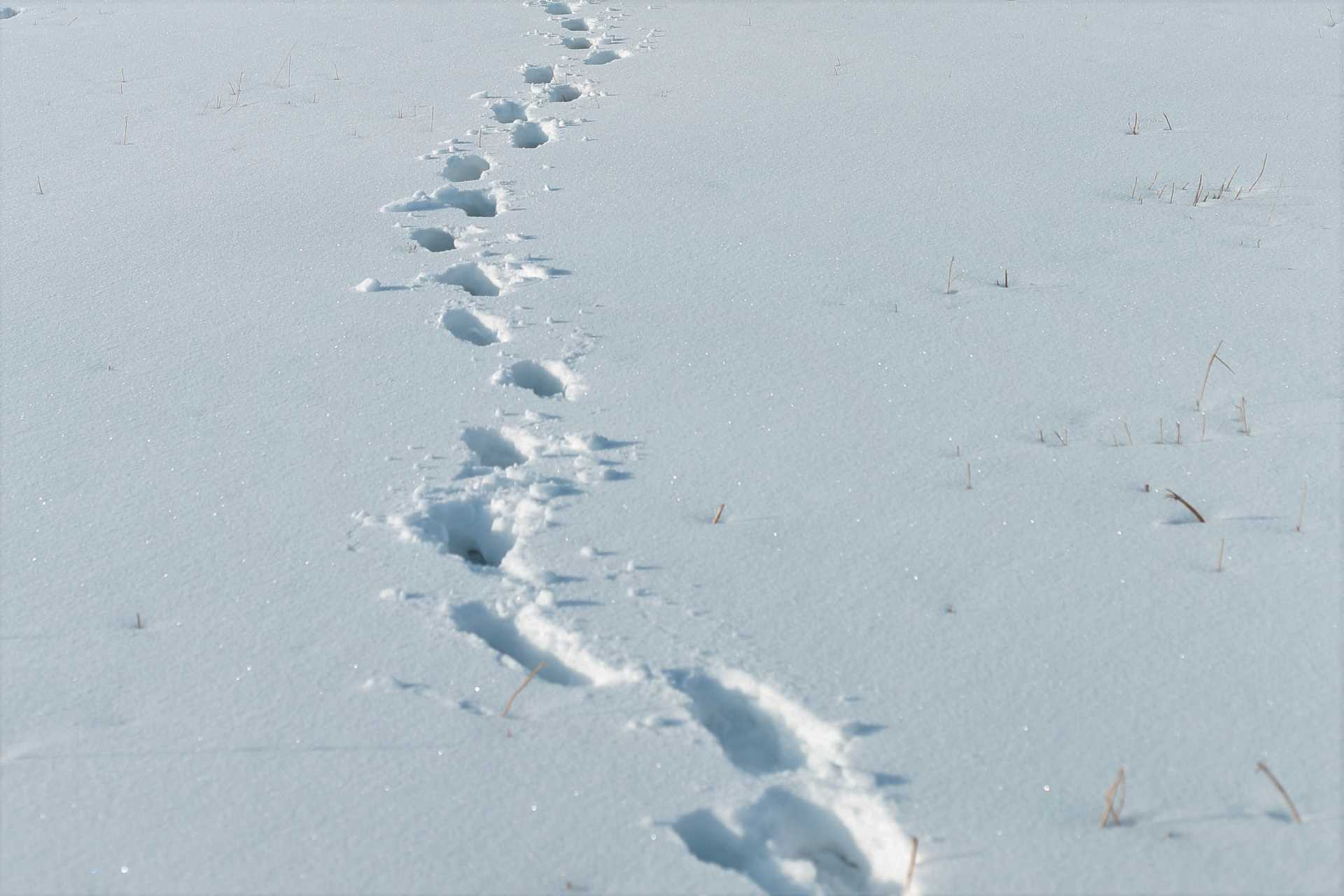 The Courage of Teachers

In 1987, students gathered in front of the admin building angry over the corruption of the university’s board. The crowd was getting ugly.

I was a young teacher standing to the side, listening to the speeches, watching warily as the crowd grew.

Someone shouted Take Over the Administration! and the crowd chanted Take Over! Take over! Take Over! The crowd, now a mob, started moving toward the oak and brass doors of the building where the Board of Trustees, old white men protecting their interests, were meeting. The mob was milling, readying itself to storm the building where Dallas Police, known for brutality, stood in their black uniforms holding batons ready, blocking the way.

The mob was moving in my direction, so I stepped behind a stone stairway, afraid of being trampled, but Valerie Hilton, a young professor, leftist, feminist, no friend to the old white men in the building, stepped in front of the rising wave of angry students, planted her feet firmly on the stone steps, arms akimbo, and shouted NO! her strong jaw pointed at the leaders of the mob. NO! She repeated, shaking her head. And the mob, faced with the resolute firmness of this one woman who was not afraid of them, nor sympathetic to the corrupt trustees, stopped, hesitating in front of her.

As she shouted NO! Others echoed her, shouting NO! drowning out the ones chanting Take Over! Take Over! and the crowd quickly lost momentum. I could feel the anger dissipating like air out of a balloon. A riot — possibly beatings, arrests, shootings — had been prevented. 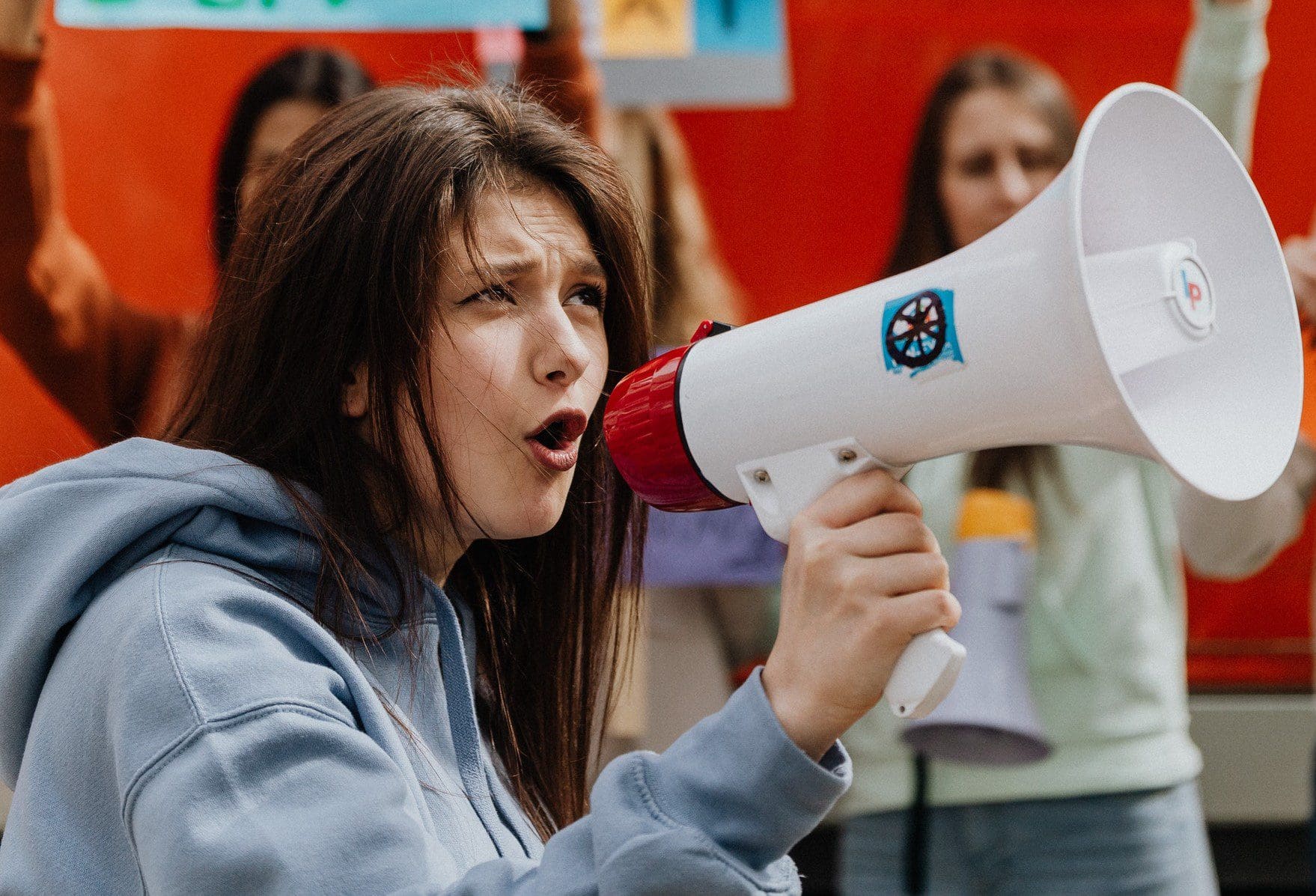 Later, I asked Valerie how she found the courage to stand up to a mob the way she did. She thought for a moment and answered, “When I was a student, I was part of a protest that turned violent. Friends of mine got hurt. In that moment when I saw the students, my students, moving toward the police line, all I thought about was stopping them. It didn’t occur to me I was facing down an angry mob. Instead, what I saw was a group of young people about to do a foolish and dangerous thing. I knew that if the students got past me, the police would certainly beat them–or worse–so I did what I could to stop them.”

She shook her head slowly, tears in her eyes, and said, “I just didn’t want them to get hurt.” 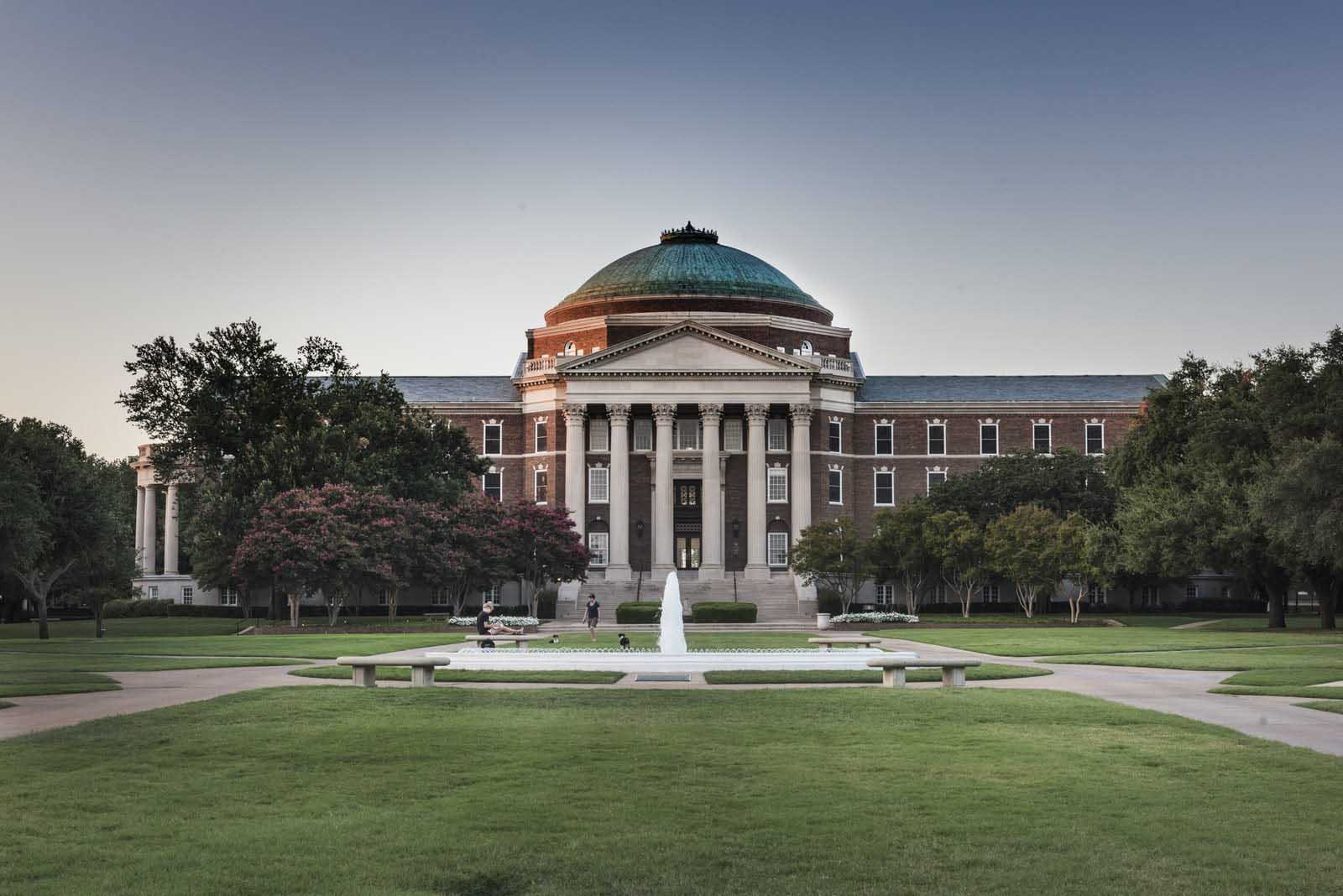 In my Pittsburgh neighborhood of Mt. Washington, we’ve gotten about 3 feet of snow in the last few days.

Today, it was cold again, but when the sun came out, Eva and I put on boots, parkas, and Covid masks and went outside to dig out our car.

Within minutes, Keenie, the young woman who lives next door, came over and started helping us, and when we finished our car, we did hers.

While we were working, Chuck, a retired coal miner, came by with his wife Erica and one of their sons, and they started shoveling my sidewalk, then Madonna, a widow who is whip-thin and strong, finished her sidewalk and came over to help Chuck and Erica with mine. Meanwhile, Keenie and I spread potassium chloride pellets on the cement and asphalt.

Less than twenty minutes from the time Eva and I stepped out our front door, the group of us had shoveled out four cars and five houses. We’ve been neighbors for years. We’ve helped raise each other’s children. We’ve shared vegetables from our gardens.

Two of us are Trump supporters. Another is a Catholic lay worker. Another is an environmental activist. Another a feminist. One is a health worker. Two of us are teachers. Two of us are black. Two are immigrants. One of us is from Texas, two from West Virginia. Our ages range from fifteen to eighty. We’re looking out for one another.

“We’re looking out for one another.”

Amid the wave of militant patriotism sweeping the country after 9/11, the Pennsylvania legislature passed a law requiring all first-to-twelfth-grade teachers in the commonwealth to lead their classes in the Pledge of Allegiance at the start of each day. Not following this dictate would be punishable by fines to the teachers and sanctions on the schools where they taught.

The teachers at the Waldorf School of Pittsburgh, where my children were enrolled, immediately wrote a letter to the Pittsburgh Post-Gazette saying that they respectfully declined to follow the new law.

Children, they argued, should not be taught unthinking patriotism. Instead, they should be taught how to think for themselves and to apply their own moral code to ascertain their political beliefs. Moreover, elementary school children should not be burdened with the political agenda of adults, no matter what is happening in the country as a whole. They also noted that in accordance with the American pacifist tradition, they were willing to accept the legal consequences of their civil disobedience.

A number of letters to the editor, including one of mine, were published in the following days, most of them strongly supporting the teachers’ stand. The politicians who’d passed the law never responded to the blatant act of civil disobedience, and the teachers and the school were never charged with breaking the law. When teachers and parents stand up for children, politicians run for cover. 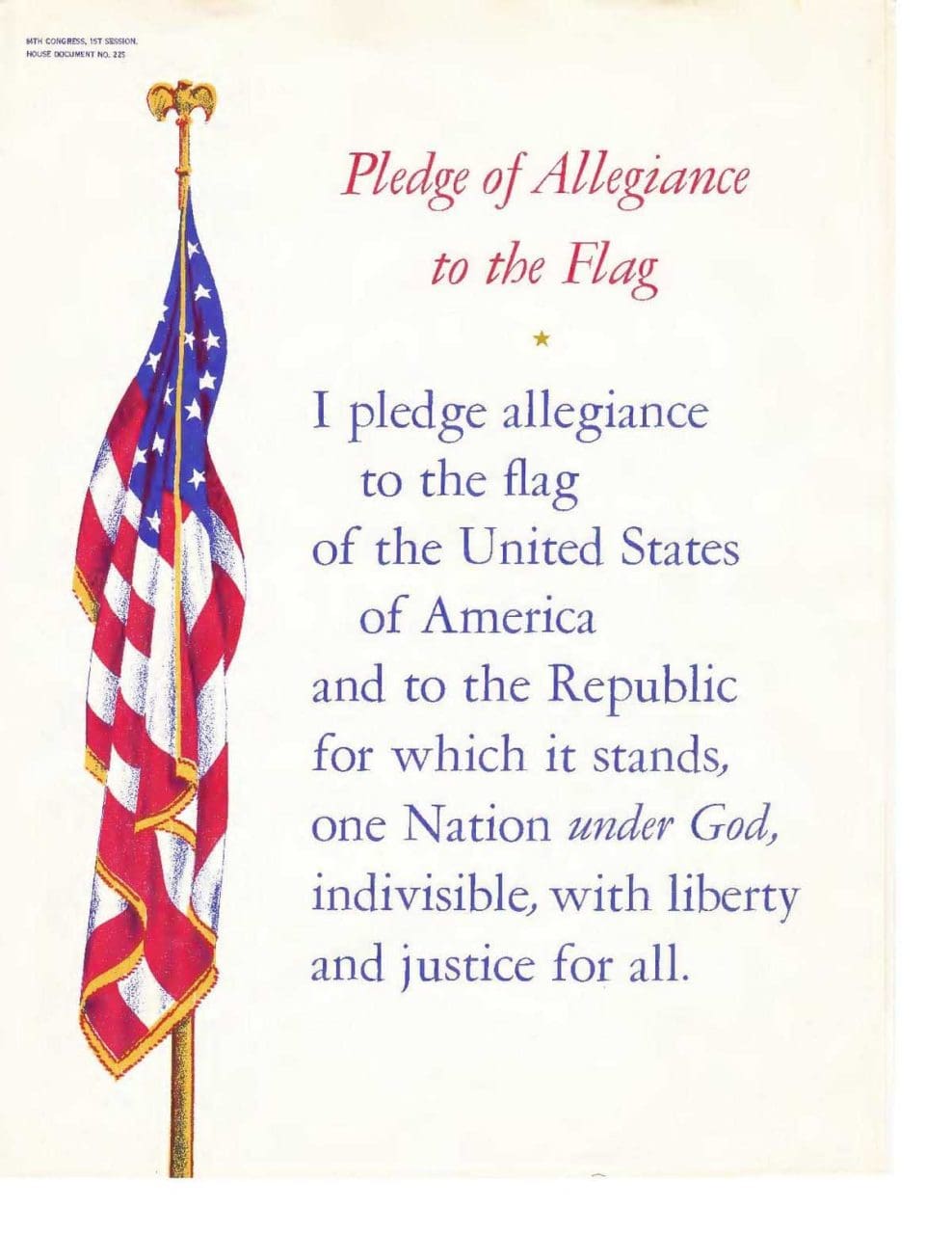 I dreamed last night my new job was personal poet to the President with the responsibility to follow Joe around with a black briefcase. Inside was a triple line of buttons, each signifying an American poet: Whit, Dic, Fros, Plat, Hugh, WBerr, Merw, Oliv, PhLev, GwenB, etc. When there was an emergency, Joe looked at his three adjuncts: the guy carrying the black box that would end the world, the nurse carrying the black bag with medicines, and me, the poetry guy. He always chose me to help him out. I had a poem for every emergency. Oh, how different my dreams are now than they were six months ago! 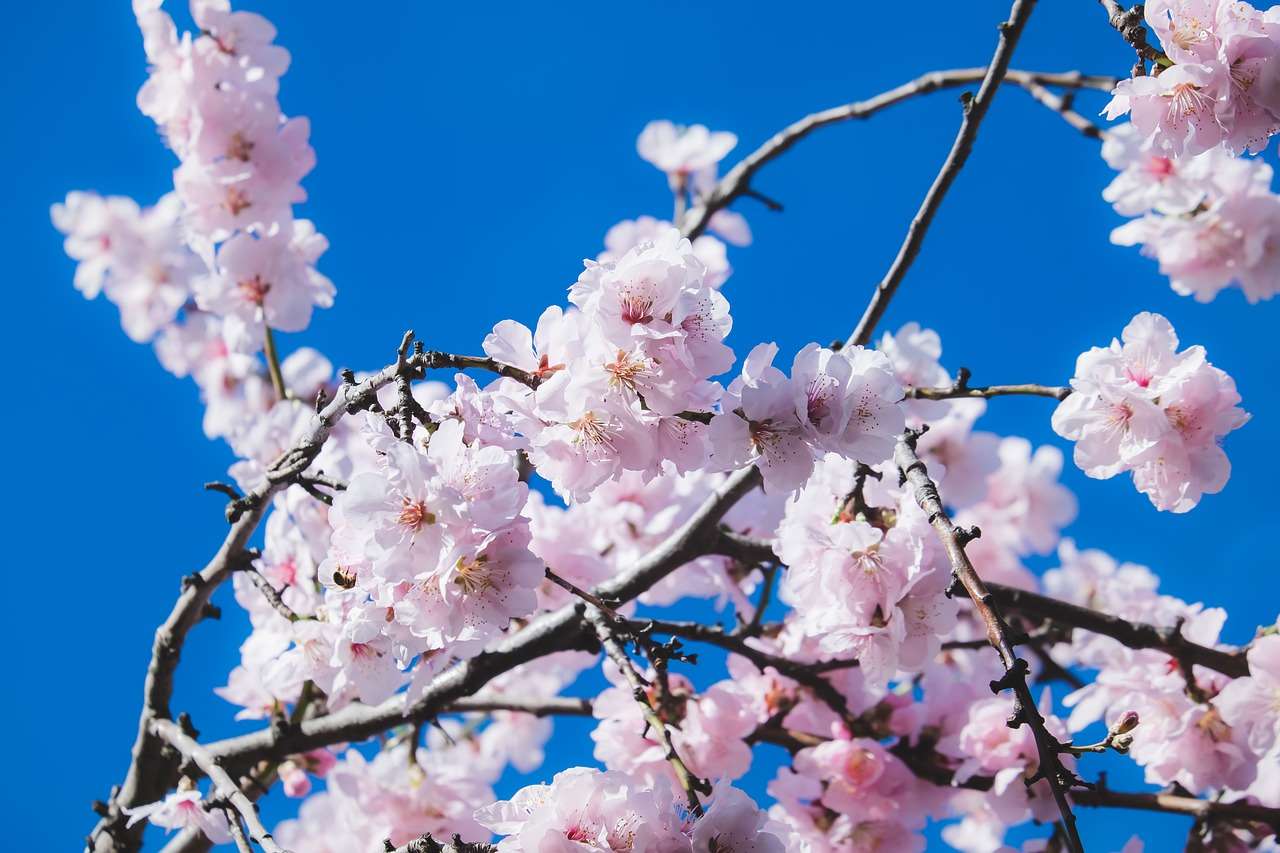 Yesterday the sky was bright blue. Spring is coming, and I’m looking at the snow-filled backyard. Soon I’ll be spreading manure in the garden, turning the black soil and planting the snap peas and lettuce, then in May the tomato, squash, corn, and scallion. When I come back inside the house, I find that a former student has sent me a sheaf of well-made poems.

Today I will go to my zoom 12-step meeting and listen to friends talk about hope and gratitude, and later my son and his partner will come by our house. Eva will serve coffee and her home-made bread with plum and pecan filling, and we’ll call our daughter who’s a grad student in Washington.

Our children are safe in their own homes. The men and women whom we trust as our leaders seem close by. Soon will come the Spring of my 67th year, and I am so happy. 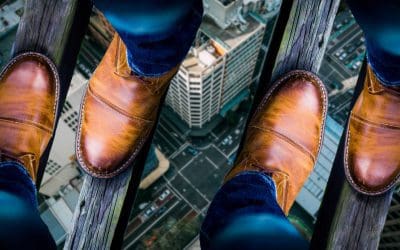 Admittedly, I struggle with finding the right balance between what's...

END_OF_DOCUMENT_TOKEN_TO_BE_REPLACED 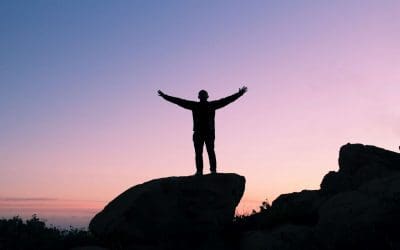 Originally appeared November 2018 in the blog...

END_OF_DOCUMENT_TOKEN_TO_BE_REPLACED 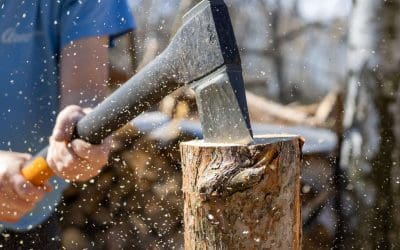 The Making of Axe Handles

Editor's Note: This essay will serve as a lead-in to a series on Wang...

END_OF_DOCUMENT_TOKEN_TO_BE_REPLACED 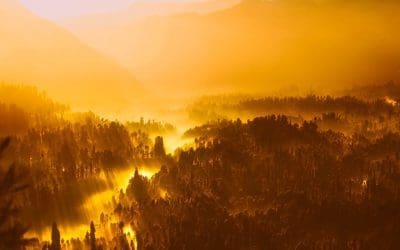 END_OF_DOCUMENT_TOKEN_TO_BE_REPLACED

Michael Simms, a retired teacher who lives in Pittsburgh, is the founding editor of Vox Populi. His latest collection of poems is American Ash (Ragged Sky, 2020).