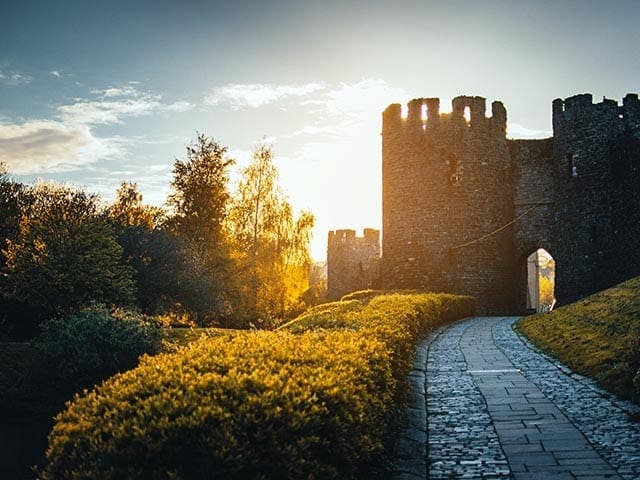 CHAUCER, The Torch Bearer of Literature

Books about Geoffrey Chaucer are on the rise, and Chaucer’s tales are enjoying a “global” renaissance.

Chaucer’s Tale: 1386 and the Road to Canterbury

Perhaps this is because as the world shrinks, the average person can feel overwhelmed by culture wars, international economics, the languages of science and math, rapid advances in technology, and too much mutually-contradictory information. There’s a comfort in pursuing the past, reflecting on the simplicity of a Royalty-Church dual-rule system; or, maybe we can see just how far we’ve come, distancing ourselves not just by centuries but by our sociological superiority. Equally, we could see a kind of immortality in heritage by looking back and recognizing ourselves in characters who may be chronologically removed, yet feel familiar in their desires, foibles, and humor. 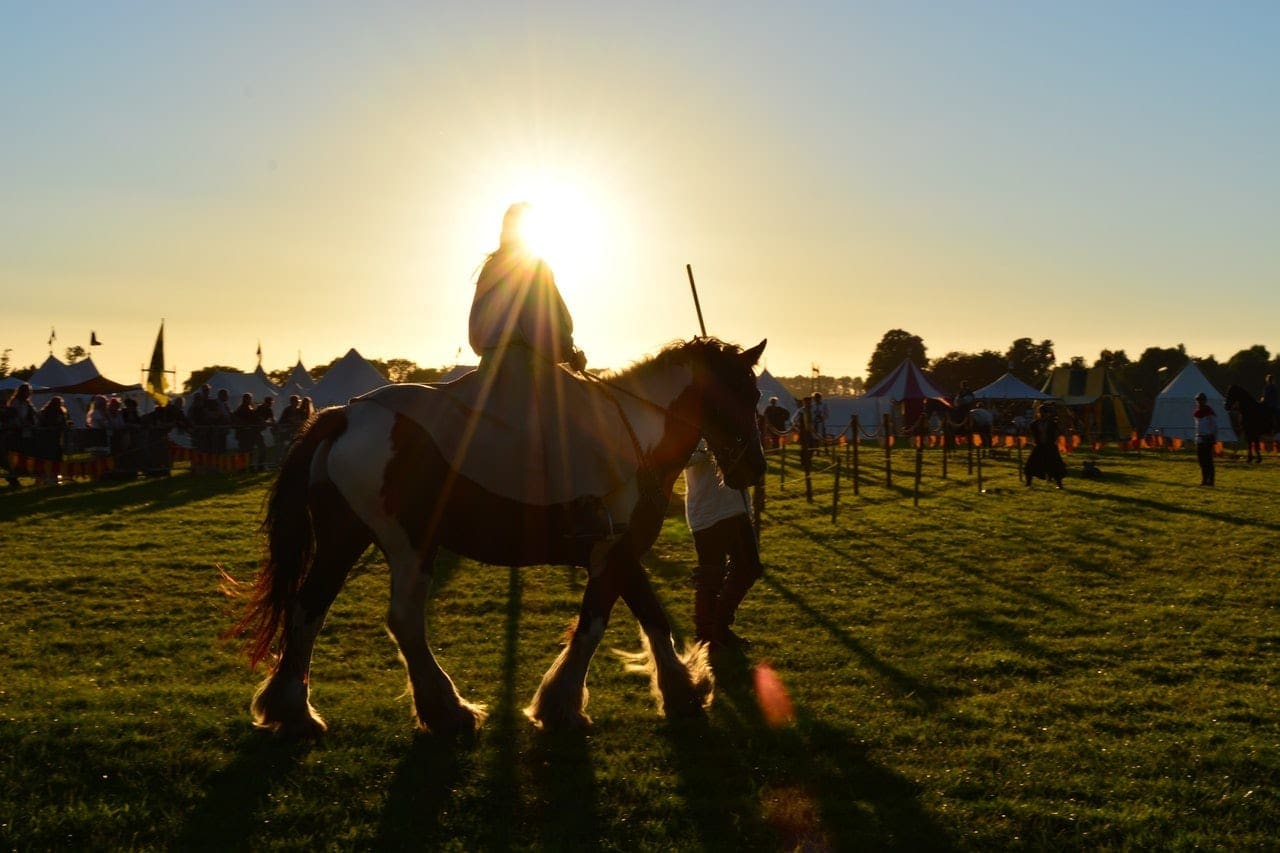 In Chaucer’s day in England, some 400 years after the Norman Invasion, French had become the language of the aristocracy and elite landowners. Latin still dominated The Church, which had not yet splintered into Protestantism. English was the hybrid common tongue, sometimes seen as vulgar with its Anglo-Saxon and Celtic influences seeping through.

Chaucer himself, likely a courtier, wrote for royalty, but his  greatest work, The Canterbury Tales, shrugged off pretensions of class and portrayed common folks, talking among themselves, in English.

Written in the vernacular, which, in retrospect is now called “Middle English,” these stories could circulate orally as well as in manuscript form, still decades away from the educational revolution of the printing press. Aside from the vivid characters, strong voices, and dramatic literary presentation, the tales lent themselves to oral recital, which allowed them to be popular even among the illiterate; yet, the fact that they were written down kept them stable and immutable, even in retelling.

Personally, wish I’d had these resources back In the late eighties. I was teaching “Major British Writers: Beowulf Through Chaucer for Non-Majors,” a course that most faculty avoided like the Bubonic Plague. Since I was only at the “Instructor level,” the honor fell on me, and I spent many a night wracking my brain, wondering how I might capture the imaginations of Math, Engineering, Physical Education, and Biology majors. In every case, I had to translate by way of analogy, using television shows to convey the relevance and appeal of various tales, characters, and interactions.

We discussed similarities between the “framing device” of the pilgrimage and the bar in Cheers, which permitted a steady flow of characters with vivid personalities, familiar backgrounds, and recognizable voices. The Bawdy “Wife of Bath” might favor, imperfectly, Carla. “The Miller’s’ Tale” might draw comparisons with many of Sam’s exploits. While Chaucer gave voice to nuns and monks, a knight, squire, miller, merchant, lawyer, and doctor, to name a few, Cheers featured baseball and hockey players, drunks, a postman, psychiatrist, coach, student, bartenders, waiters, and others. In both cases, the story-tellers and protagonists were not heroes, not famous leaders, not unobtainable figureheads. Above all else, both sets of characters resembled acquaintances, friends, and family: people who might know your name.

Here we are happy to present a reprinted excerpt from AmidstBooks, a blog site for literature aficionados, ranked in Feedspot as one of the world’s top 100 literary blogs. They are self-described as “a unique blog here for you to explore the world of books.” Currently, the blog features explorations into Christopher Marlow, the Elizabethan Age, Moby Dick, Dystopian Novels, and more.

We hope that you will check out AmidstBooks and learn more about Chaucer, other literary figures, classics, and ideas of import.
The period from 1343 AD to 1450 AD approximately marked a significant development in the area of literature. The first star of literature was Geoffrey Chaucer after which an entire era or age is named “ Age of Chaucer.” This happened mainly because there was no earlier recorded works which could have been more significant. However, undoubtedly, he was one of the gems of English literature, or, rather in a way, a pioneer.

He impressed the then ruler of England, Charles III so much so that he supplied a gallon of wine daily to him due to his unbeatable work. Let’s get a view at the historical significance of this period as history is the aspect which always affects literature. They go hand-in-hand. So, there were basically three major events that took place. 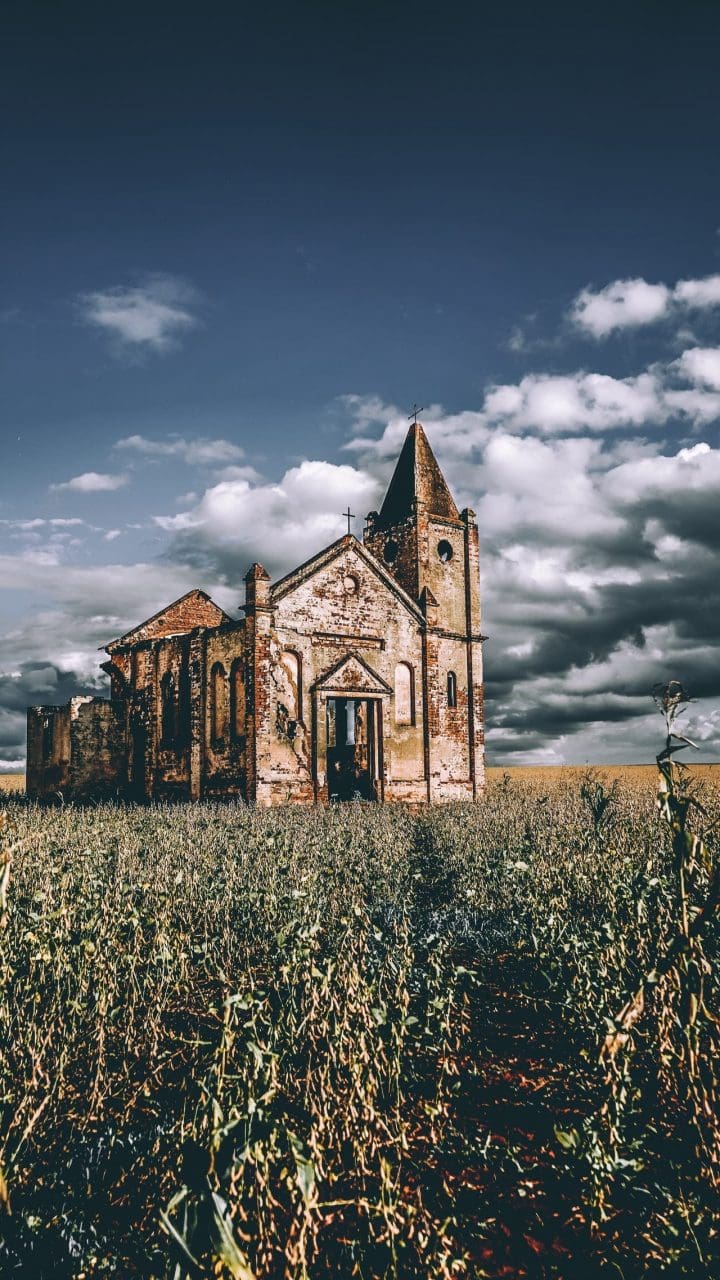 There was a state of constant war between England and France which took place with changing France taking over always. However, finally England was able to gain its power using the long bow technique in the war. The war was basically from the period of 1337 AD to 1453 AD. Chaucer participated in the war.

Black Death was a pandemic which took place from 1346 AD to 1353 AD and swiped away almost one-third population of Europe. It also laid a big stress economically.

This can be said to be an outburst of the earlier two incidents. Due to great economic pressure and reduced population, the most effected class was of Peasants. They were almost over-stressed to pay the taxes anyhow. Hence, they revolted against the aristocrats led by Wat Tyler.

So, we see that all these events along with the extensive travel of Chaucer in Europe, affected his writing and gave an inspiration to write some commendable works. There are many significant works he wrote, but three most notable ones are as following:

It is a 700 lines poem which has a description of birds choosing their mates with nature as its theme.

It is an epic poem about the love story of Troilus and Criseyde with the backdrop of a war. Shakespeare later wrote a retelling of this.

This is the magnum opus of Chaucer telling the stories narrated by different pilgrims during their journey to the shrine of St. Thomas Becket. Chaucer was able to complete only 24 stories before he died. Chaucer influenced many literary writers who wrote after him and imitated him so much so that they were called “Chaucerians.” He was one of the first significant writers of literature. However, there are many more to be discussed later. So, stay tuned for the wonderful experience that takes you back in time and makes you adore literature.